Keeping Less of a Weather Eye on RCS

In late November 2018, in London, the SMS messaging Industry got together for the 2018 SMS and Messaging Conference.

We attended this conference in 2016, and to my disappointment at the time, the agenda was all about SMS, margin survival, grey routes and fraud. There were some discussions about RCS and the money that Google was putting into RCS. IT was very clear to everyone at the conference (except me) that RCS was highly likely to be the saviour of the SMS industry enabling players to offer value-added services and jump off the fatal race to bottom margin game that nobody knew/knows how to stop. It is interesting that an industry that had never sold value add thought they could slide into value-added selling, which is the massive gap between selling a solution and selling a cost-based mobile handset plan. It is the difference between hunting a moose and shooting at ducks.

On the first day of the 2016 conference, I asked a question about MMS and its place going forward. Well, I might as well have dropped the FWORD. In a forum of about 300 SMS total believers, I was laughed at probably as just some fool from Australia who had clearly misread the market. That is the trouble with pa ack mentality, and that mentality has always been the problem in the Telco space. We will build it and they will/won’t come, has hurt many a Telco. Anyone in Telco with experience born of this pain knows, it is the market determines what is required not Engineers with crystal balls.

One other commentary on Telco’s (after over 25 years in and around Telco’s). Telco’s go through phases of, run by sales, run by accountants or run by engineers. Typically, accountants don’t trust sales, but trust engineers more. Engineers love building new networks and technologies they think the market wants and can convince the accountants to pay for it. Salespeople are then charged with selling their way out of the massive build, they sell it at too low a cost, and the accountants are put in charge again. The Australian example is as good as any, Frank (Engineer), Ziggy (Engineer), Sol (Sales), David (Sales) and Andy (Accountant).

So with this background let’s accelerate 2 years to the 2018 SMS and Messaging Conference in London. Given the ridicule I experienced at my last attendance, I sat back and watched this one from a distance. These are snippets from a report as put out by MEF as their contribution.  It seems to me, that RCS is NOT going to be the immediate answer to the SMS margin issues, as nobody has priced it, knows about cost models, knows how to sell it or when it is going to be viable. The study funded by Anam and Tata provides a great deal of insight.

Our view now, if RCS is to take off, it won’t be until after 2022 (numerous commissioned Juniper reports supports this). RCS is unlikely a product for the developed world (as it looks like Apple will not support it, and why would they with their own messaging product). Instead, it looks like RCS will be the product for the developing world, and probably why TATA paid for this study.

Here are a few slides from the MEF released report that support this view;

ONLY 22% of the study reflects Europe and N America.

I am not sure that this is being reported accurately as well. I read this as over 77% of MNO’s, (and those MNO’s are mainly in the developing world) may do something but it’s 2 years away. Remembering this is a Q4 2018 study. That says 2020 plus.

Now, take this data, and add it to a study that was put out by GSMA in Feb 2018. This study conducted across multiple consumers (2015) in multiple countries, on behalf of GSMA, said that 79% of those surveyed thought RCS was appealing. Strange, when a very significant component of the carrier world don’t really know what RCS is.

However, when you look at the fine print, the wording of the questions posed to consumers has been simplified and shortened throughout this report. I have written 3 times to the firm who prepared the report asking for the full questions that were asked, with no response! I can only assume that the questions were posed to say would you prefer visual text messaging with interactivity rather than 160 character text messages.

Let us assume the consumer and business world wants visual messaging, RCS is too far away to meet immediate business and market needs, and when it does deliver, it will most likely deliver in the developing or Android strong world. MMS is available on most networks, with lots of capacity because after 2012 all growth in MMS was stolen by OTT, and the network providers had built for it.

Now add to the mix, email open rates are falling, and organisations are looking for a way to communicate.  MMS has all the visual messaging benefits and links to sites that email has, with added benefits, guaranteed delivery and receipts as a point to point telco product offering. Instant build and delivery, two-way response capability and engagement, and with our SNIPER offering full personalisation on every image! By the end of 2019, we will be delivering more than promo and loyalty, we will be delivering utility bills, insurance renewals and government notices. Everything email did in the last 15 years, SNIPER will do better. 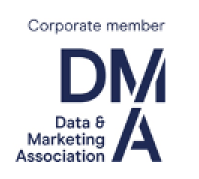